This launch was part of a mission named before the launcher, whose main objectives were to offer basic training to Cosmic Research’s new recruits and to test Cansat deployment technology. A Cansat tries to mimic the technology used in miniaturized satellites and serves educational purposes. Cansat competitions are organized periodically all over Europe and the United States to promote education about space sciences and excite young students about space activities.

In order to test their Cansat for future competitions, a teacher from IES Terrassa, a high-school in the province of Barcelona, contacted Cosmic Research to establish a collaboration agreement. The Association gladly accepted and started working in a new rocket specially designed for that purpose. Named after the Iranian astronaut Anousheh Ansari, the rocket was assembled from an Intruder rocket kit by Cosmic Research’s summer new recruits and launched for the first time on August 5. The rocket deployed a mockup Cansat successfully.

Following the success of this first test launch, the rocket was launched a second time carrying the real Cansat developped by the young pupils. Both teams met again on a rocket day organized by Spain Rocketry, Tripoli’s Rocketry Association Prefecture in Spain. Weather was favorable, with little wind and no clouds. Both junior students and Cosmic members joined forces and achieved a successful launch and a safe recovery.

The rocket reached a peak altitude of 1439,1 m above the launch site (221 m) according to the data collected by the Cansat. Then, the rocket separated into two parts plus the Cansat thanks to a pyrotechnic charge installed in the end of the motor. All parts were recovered undamaged thanks to the opening parachutes. They were located afterwards with the help of the Cansat GPS in a radius of less than 1 km from the launchpad. All participants later shared a meal as conclusion for the rocket day.

This mission has been covered by La Vanguardia, el Diari de Terrassa and Nació Digital. 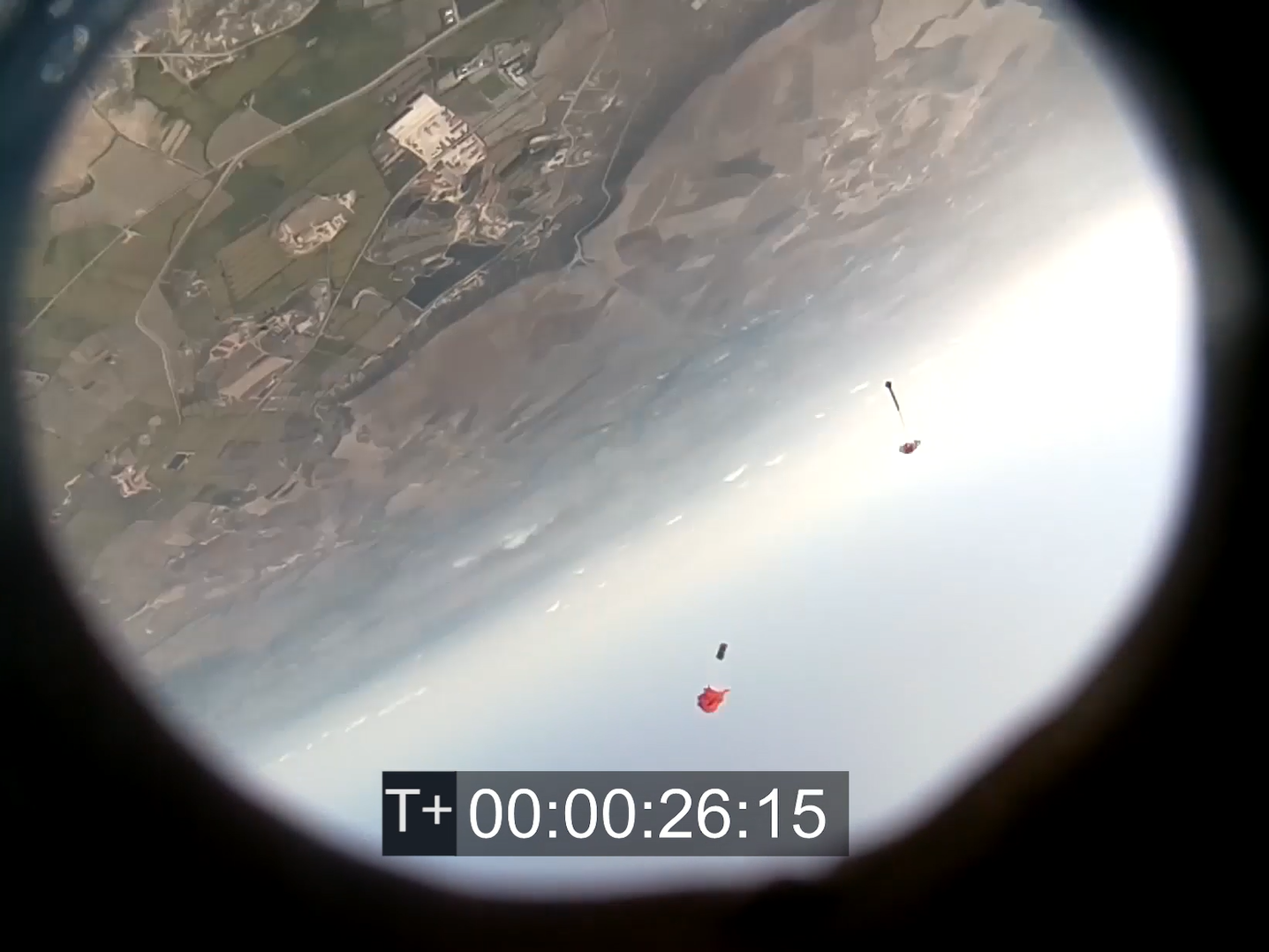 Onboard camera shows the Cansat deployment at apogee. The full video will be published in our YouTube account. 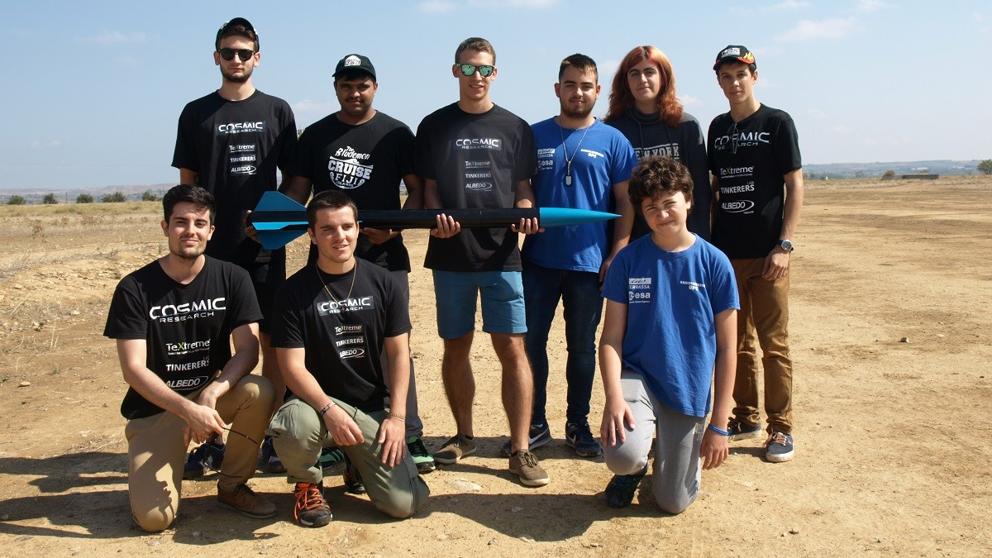 Cosmic members next to INS Terrassa students before placing the rocket on the launchrail. Credit: Jordi Escofet Miró.

Cosmic Research partners with ESA and others to launch Spanish national CanSat competitions
Welcome onboard: Irideon